Fund manager profits typically decline during market routs because their fees are based on the value of customer assets. But BlackRock benefited from its large footprint in exchange-traded funds (ETFs), which have been taking market share away from pricier investment products for several years.

BlackRock attracted nearly $57 billion in new cash from clients in the latest quarter. Its iShares ETFs unit was the biggest contributor, drawing $35 billion in net inflows.

“It’s better to be BlackRock in this atmosphere,” BlackRock Chief Executive Larry Fink said in an interview.

“We have always differentiated ourselves in more volatile times.”

Markets swung wildly during the first three months of the year as early enthusiasm over U.S. corporate tax cuts was soon blunted by concerns about inflation, the risk of a global trade war and Federal Reserve policy.

Even so, BlackRock’s assets under management climbed to $6.32 trillion as of March 31, up from $5.42 trillion a year earlier.

The New York-based company’s net income rose to $1.09 billion, or $6.68 per share, in the first quarter, up 28 percent from the year-ago period.

Adjusted for special items, BlackRock earned $6.70 per share, beating the $6.39 per share analysts expected, on average, according to Thomson Reuters I/B/E/S.

BlackRock shares are up nearly 40 percent in price terms over the past year, compared to an 18.5 percent rise for a Thomson Reuters index that includes more than a dozen of its U.S. rivals.

The results suggest BlackRock is continuing to evolve from a traditional fund manager into a steadier financial operation whose profits are not based exclusively on market movements, said Edward Jones analyst Kyle Sanders.

Technology has played a key role in that shift, helping to lure new assets by improving investment performance and automating routine functions, he said. 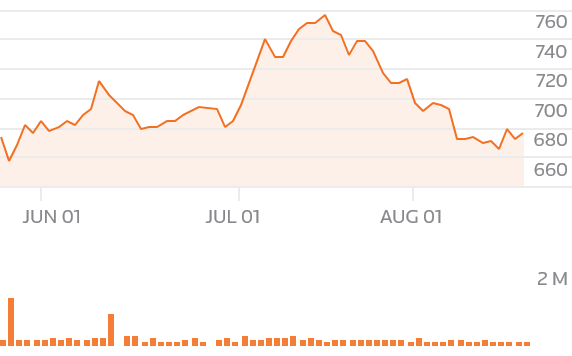 “I’m viewing this more as a technology firm than a traditional asset manager,” said Sanders.

BlackRock has a technology business that licenses its internal operating system to clients and competitors. Though it is among BlackRock’s smaller business lines, Fink said he expects its revenue to grow at mid-teen percentages in the coming years.

Earlier this year, the company opened an artificial intelligence laboratory in California’s Silicon Valley and added Microsoft Corp (MSFT.O) executive Peggy Johnson to its board of directors.